Join leading tax experts from across the globe, as we discuss tax trends that are reshaping international taxation

An Experience Unlike Any Other

Find yourself on the cutting-edge of international tax law, with up-to-date insights and perspectives on cross-border taxation and current trends. Prepare for the realities of today’s tax practice—and for that of tomorrow. Global economies are increasingly connected. Markets and supply chains cut across tax authorities. Never before has a well-rounded knowledge of the international tax rules and risks been more important. 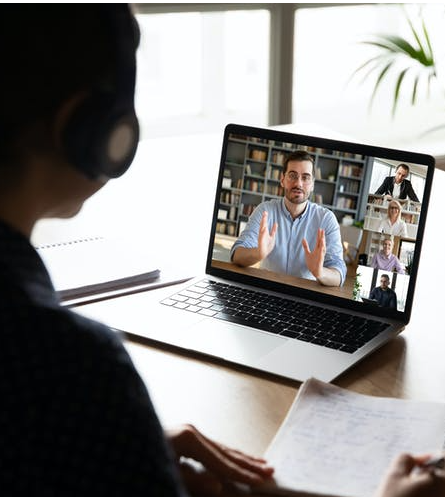 We have assembled leading experts from across the world, along with key government officials and other industry leaders, setting the stage for unparalleled thought leadership—all delivered in a format made for 2021 and beyond. Learn from recognized leaders, as we discuss: 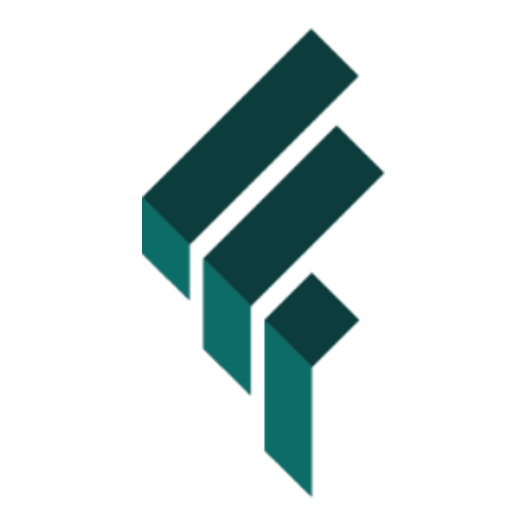 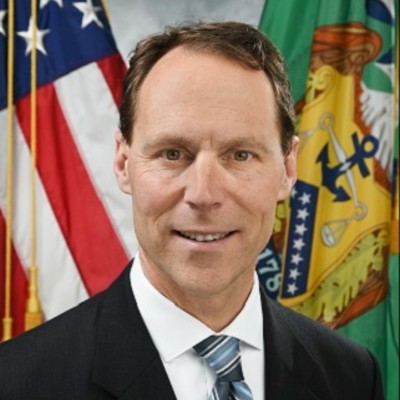 The immediate past Chief Counsel of the IRS and a former Assistant General Counsel in the U.S. Department of the Treasury. Mr. Desmond is currently a partner in the Los Angeles and Washington, DC offices of Gibson, Dunn & Crutcher and a member of the Firm’s Tax Practice Group.

Prior to joining Gibson Dunn, Mr. Desmond served as the presidentially appointed and Senate-confirmed 48th Chief Counsel of the U.S. Internal Revenue Service and as Assistant General Counsel in the U.S. Department of the Treasury, overseeing 1,500 attorneys in 47 offices around the United States. In this role, he was the chief legal advisor to the IRS Commissioner and was involved in all significant guidance and enforcement actions undertaken by Chief Counsel lawyers. During his tenure, he oversaw the publication of more than 100 sets of proposed and final regulations in addition to other published guidance implementing the 2017 Tax Cuts and Jobs Act (TCJA), the most comprehensive overhaul of federal tax law since 1986. He also coordinated input to Congress on and provided legal advice regarding the implementation of three significant pieces of tax legislation enacted in response to the pandemic.

Before that, Desmond was in private practice at his own firm from 2012 to 2018 and practiced at Bingham McCutchen LLP and its predecessor firm McKee Nelson LLP from 2000 to 2004 and 2008 to 2012. From 2005 to 2008, he served as Tax Legislative Counsel at the U.S. Department of the Treasury, Office of Tax Policy, where he was the principal legal advisor to the Treasury Secretary and Assistant Secretary (Tax Policy) on all domestic aspects of the federal tax law other than employee benefits. Earlier in his career he served as a trial attorney in the Tax Division of the U.S. Department of Justice from 1995 to 2000. 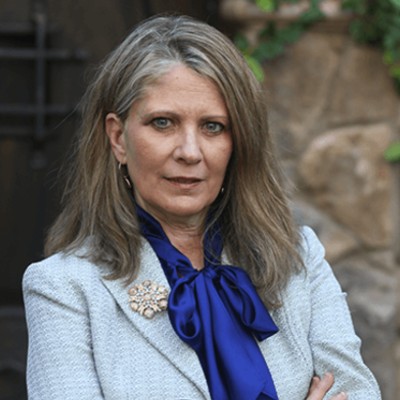 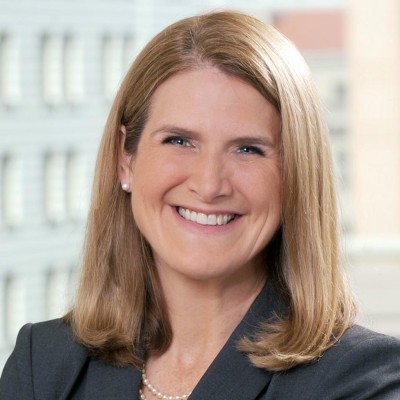 Ms. Brown’s practice focuses on individuals and organizations who are involved in criminal tax investigations, including related grand jury matters, court litigation and appeals, as well as representing and advising taxpayers involved in complex and sophisticated civil tax controversies, including representing and advising taxpayers in sensitive-issue audits and administrative appeals, as well as civil litigation in federal, state and tax court.
More Details

Judge Greaves is a Judge of the United States Tax Court. Prior to his appointment, Judge Greaves served as Deputy Assistant Attorney General for Appellate and Review in the U.S. Department of Justice’s Tax Division. Before joining the Department of Justice, he was an attorney with Greaves Wu LLP; Caplin & Drysdale, Chartered; and Reed Smith, LLP. Earlier in his career, Judge Greaves served as an adjunct professor at Georgetown University Law Center and as an attorney advisor at the U.S. Tax Court. He previously served as Tax & Economic Policy Advisor for the Office of Governor Bobby Jindal of the State of Louisiana. He received his B.A. from the University of Tennessee, his J.D., cum laude, from South Texas College of Law, and an L.L.M. in Taxation, with distinction, from Georgetown University Law Center. 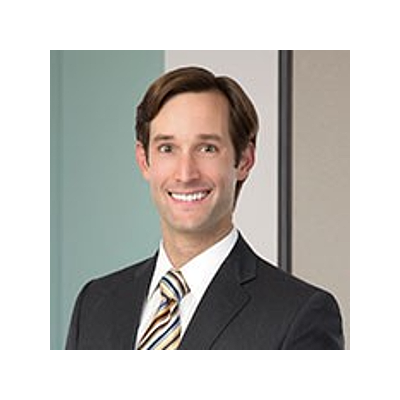 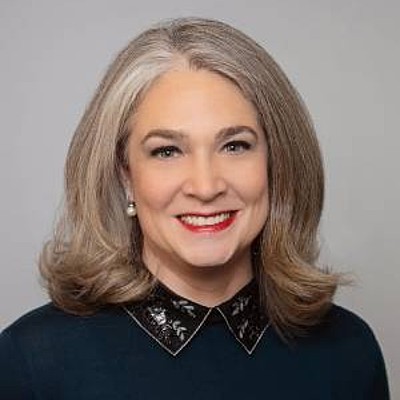 Guinevere Marie Moore is a tax litigator who represents taxpayers in civil and criminal tax controversies. She advocates for taxpayers at the IRS examination and appeals levels and, if a settlement with the IRS cannot be reached, in litigation. She is also the Executive Director of US Partnership Representative, Inc., and in that role she serves as a professional partnership representative.

Ms. Moore has represented taxpayers throughout her career, and draws on her experience in working with her clients, with the IRS, and with opposing counsel to help craft and execute the best possible plan to resolve the issues her clients are facing. Ms. Moore has successfully defended taxpayers against assessment of all types of federal tax, including income tax, employment tax, estate tax, gift tax, civil penalties, and criminal penalties.

Bruna is a specialist in tax law, more specifically on the provision of consultancy related to direct taxes and international taxation. Her practice mostly consists of the structuring of investments acquisition in Brazil, corporate reorganizations, analysis of tax impacts arising from alternatives for raising funds and financial and capital markets’ transactions, in addition to the provision of support on the identification of the different models adopted in infrastructure projects. 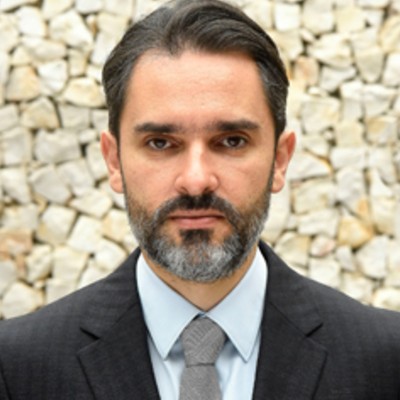 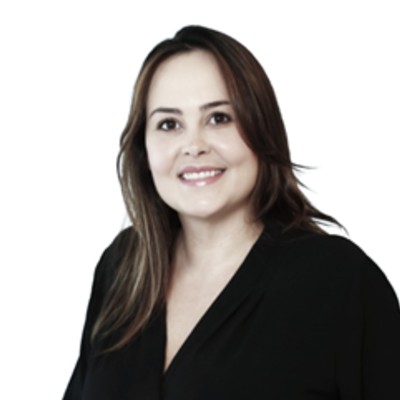 Founding partner of the law firm LARA & COELHO Advogados Associados, he is an enthusiast of Tax Law, an area he has been dedicated to since his first year of college. He taught at renowned Universities and worked in traditional law firms and multinational companies, deepening his tax knowledge. He expanded his activities to related matters – such as Customs, Shipping and Port Law – which enables him to offer unparalleled advisory and litigation advice in the sector.

Attorney in the IRS Office of Associate Chief Counsel (International)

Ms. Phillips advises the IRS on a variety of issues, including in particular treaty-based exchange of information. She also works with the IRS and FinCEN on beneficial ownership rules relating to IRS reporting and the recently enacted Corporate Transparency Act. Prior to joining the government, she practiced with Baker McKenzie for more than 7 years. Her work took her between Washington, D.C., and Switzerland, advising banks and individuals on the DOJ Swiss Bank Program and its fallout. She also has extensive experience with FATCA and in other tax controversy matters, including transfer pricing. 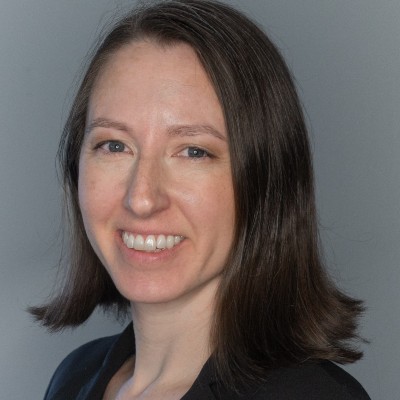 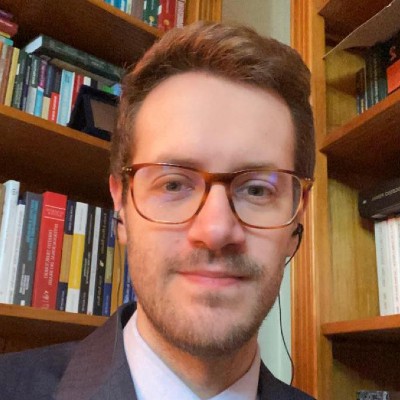 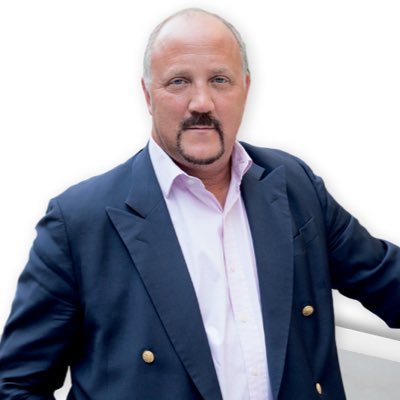 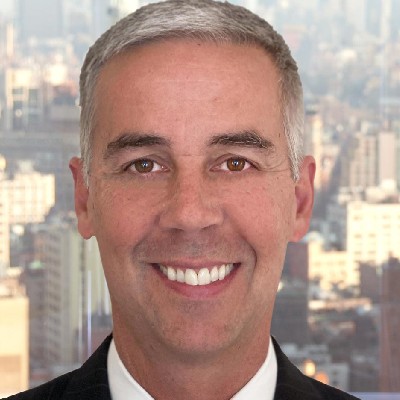 As Chief of IRS-CI from 2017 to 2020, Mr. Fort led the sixth largest U.S. law enforcement agency, managing a budget of over $625 million and a worldwide staff of approximately 3,000, including 2,100 special agents in 21 IRS field offices and 11 foreign countries. Mr. Fort modernized IRS-CI by developing cutting-edge, data-centric methods of detecting criminal non-compliance through algorithms and other models. Mr. Fort also significantly expanded IRS-CI’s capabilities in cyber-crime and cryptocurrency investigations, and expanded the agency’s international presence and footprint. Mr. Fort led IRS-CI in identifying and investigating over $11.5 billion in tax loss and $14.8 billion in other criminal proceeds.

As both Chief and Deputy Chief of IRS-CI, he oversaw numerous high-profile matters, including the college admissions scandal known as “Varsity Blues” that ensnared several celebrities; the Paul Manafort and Michael Cohen federal tax investigations; the Michael Avenatti tax investigation; the takedown of the largest darknet child exploitation website funded by cryptocurrency; two Chinese nationals who were charged with laundering $100 million in the hack of a cryptocurrency exchange; the Swiss Bank Program in which 80 Swiss banks entered into agreements with the government and paid $1.36 billion in penalties; the Federation Internationale de Football Association (FIFA) worldwide money laundering, structuring, and tax evasion matter; the Credit Suisse guilty plea, and many more.

Hylton held several prominent positions at the IRS, including serving as Deputy of the Criminal Investigation Division and as CI’s head of International Operations.  In his most recent role as IRS Commissioner, Small Business/ Self-Employed Division, Hylton oversaw a nationwide staff of approximately 20,000 employees who were responsible for taxpayer programs and services that directly impacted American SMBs.  As National Director of Compliance for alliantgroup, Mr. Hylton employs his years of experience at the IRS to assist clients as an ambassador for U.S. small and medium sized businesses (SMBs) and in helping others become tax compliant. 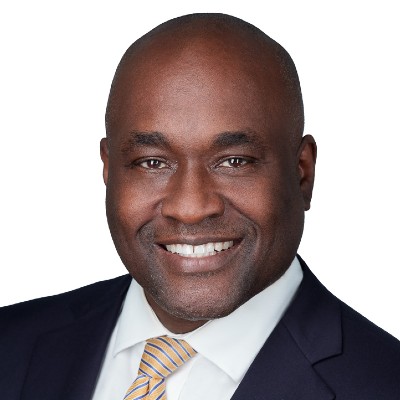 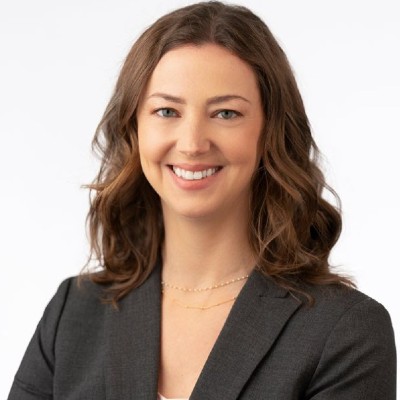 Managing Director at KPMG US

Prior to joining KPMG in April 2020, Marissa was an attorney in the IRS’s Office of Associate Chief Counsel (International) for more than seven years, most recently as a special counsel. During her time with Chief Counsel, Marissa provided guidance to the IRS on transfer pricing matters in examination, appeals, and litigation. After the enactment of the Tax Cuts and Jobs Act, Marissa focused on guidance implementing U.S. tax reform, including FDII, the base erosion and anti-abuse tax (BEAT), and inventory sourcing. Earlier in her career, she was a clerk to the Honorable Joseph R. Goeke of the U.S. Tax Court and a tax associate at Mayer Brown LLP, in Washington. Marissa Rensen advises clients on U.S. international tax matters, specializing in cross-border transactions involving complex international tax issues.
More Details

Professor William Byrnes has written over 1,000 media and published articles. After peer review, the National Press Club (Washington, D.C.) voted to admit him as a journalist. In July 2014, he was further recognized when appointed the co-editor of the International Financial Professor Law Blog for the Law Professor Blogs Network. “In the field of international tax, Prof. William Byrnes is among LexisNexis’s best-selling authors and a leading authority in the fields of anti-money laundering and FATCA compliance.” Ray Camiscioli, Esq., Director, Product Strategy & Development for Tax, Accounting and Estates/Elder Law, LexisNexis, Inc. 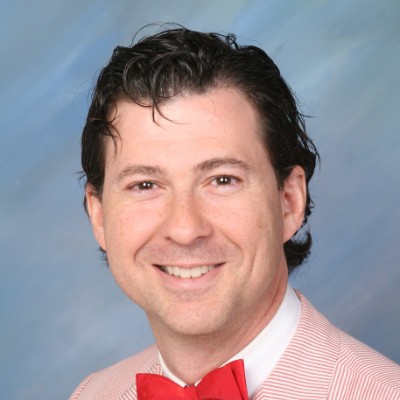 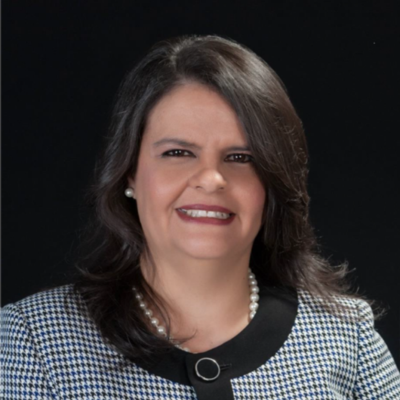 Mrs. Wong is a member of the International Fiscal Association (IFA), Panamanian Institute of Tax Practitioners (INSPAT), the Mexico-Panama Commerce Chamber (Camexpa), and the American Chamber of Commerce and Industry of Panama (Amcham) where she has served as chair of the Taxation and Legislation Committee, four years in the Board of Directors, as Vice president, Treasurer and Director. She is also a member of the National Bar Association of Panama.

Mr. Matos was previously the Finance Director at Nabors Industries and acted as the Country Controller at Pride International and Latin America Controller at Tetra Technologies. He holds a bachelor’s degree in Accounting and Master’s in professional accountancy from Florida State University. 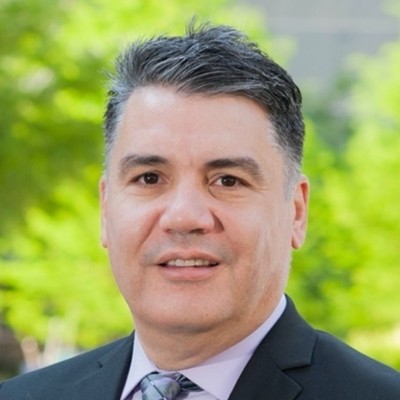 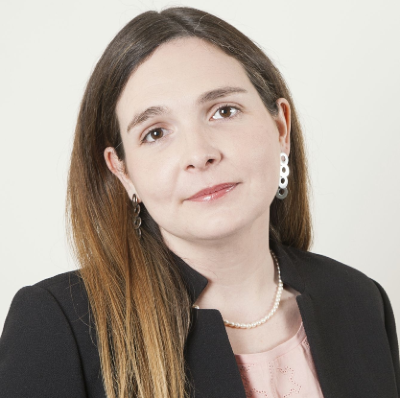 Bernardita Parodi is an admitted lawyer from Pontifical Catholic University of Chile and has a Master of Laws in international taxation from the University of Florida, US. She is member of the Chilean Tax Law Institute.

She is the founding partner of Parodi Consultores, an advisory firm that offers tax and legal services in Chile. Previously she worked in PwC Chile – Santiago Office and Baker & McKenzie Chile.

Bernardita has over 10 years of experience in tax and legal consulting services, focusing her practice on international taxation. 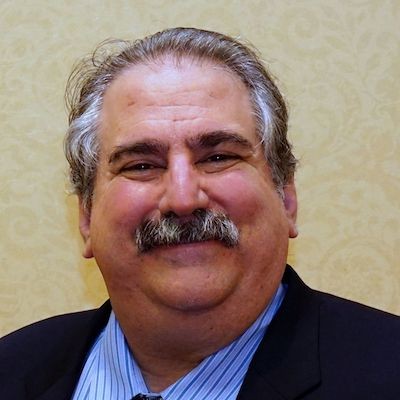 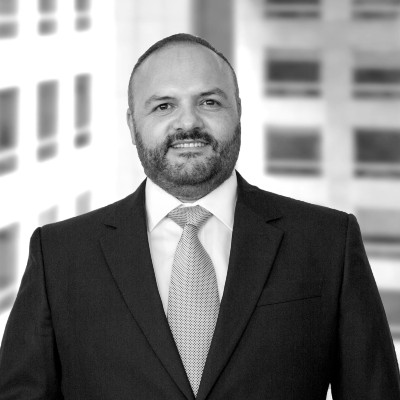 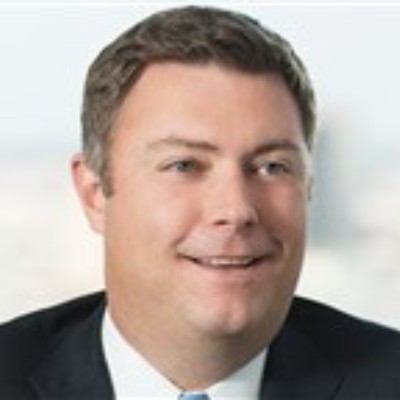 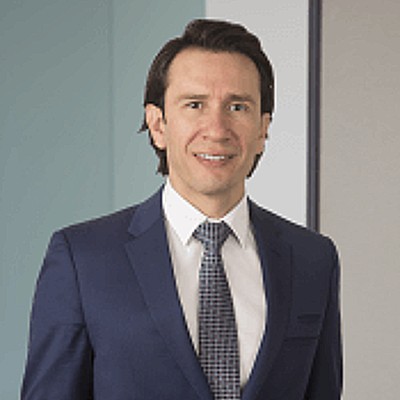 Victor Jaramillo is a Member in Caplin & Drysdale’s Washington, D.C. office and is a member of the firm’s Board of Directors. He advises multinational corporations, financial institutions, and individual clients on a broad range of tax matters, including tax controversies, risk management and international compliance, and cross-border structuring. He also utilizes his Spanish fluency to advise Spanish-speaking clients.

Mr. Jaramillo also advises on the international tax issues of high-net-worth clients with respect to pre-immigration and structuring cross-border investments. He has extensive experience advising both U.S. taxpayers and individuals living abroad with undisclosed foreign assets on U.S. tax compliance issues, especially those with foreign business and trust interests.

Magistrate Judge of the Federal Court of Administrative Justice of Mexico.

Magistrate Judge Olivas was appointed to the bench by the President of Mexico and was ratified by the Mexican Senate in 2015. Prior to his appointment, he acted as the Under Secretary of Administrative Responsibilities and Government Procurement within the Federal Department of Public Accounts. He has held several relevant public offices within the Executive, Legislative, and Judiciary branches. Among others, he has acted as the Deputy Director of Resources for the Department of the Treasury, the Executive Secretary of Services for the Supreme Court of Mexico, Vice-president of the National Insurance Commission, and Deputy advisor to the Federal Tax Attorney’s Office. 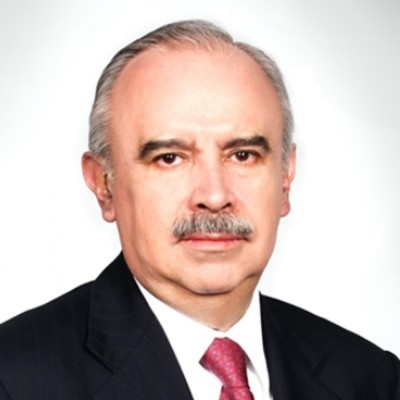 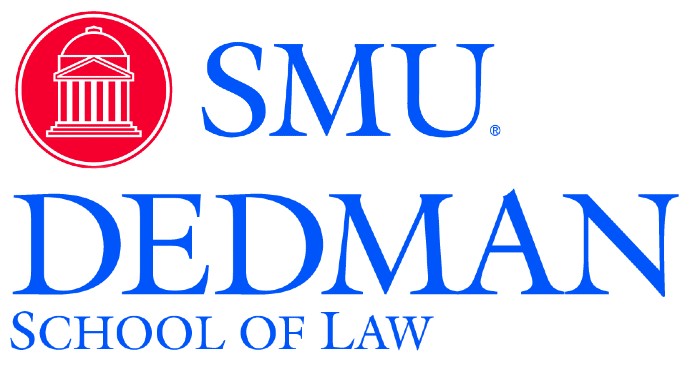